WooThemes the Premium WordPress Theme provider is finally back online roughly 5 days after they suffered a large scale Malicious Hack of their website which caused substantial damage and disruption to their business.

On 24th of April 2012 at approximately 10:00pm GMT WooThemes main server was badly hacked / attacked deleting lots of information and causing major disruptions to WooThemes business operations. Around 12 hours after the initial attack WooThemes setup a temporary blog to keep their customers and anyone else interested in the situation updated with their progress on sorting out the aftermath and expected timescales to bring the site back online.

WooThemes a company which back in 2010 revealed a turnover in excess of $2 million per year quickly reacted and were completely transparent surrounding the incident reassuring users that no credit card or personal data had been stolen during the attack. This is a commendable approach and one that has been successfully taken by many digital companies before them as a result of a malicious attack on their business, it’s also exactly what most consumers want reassurances of especially that their credit card details are safe.

From the reports by WooThemes themselves during the hacking the attackers accessed the companies servers and deleted just about all the content stored on them, database, website, and all of the recent WooThemes backups, the unknown attackers also deleted any digital footprints that would have left indications as how they managed to access the servers and perform the attack.

As if having their old server hacked  wasn’t bad enough to make matters even worse WooThemes new server then suffered a DDoS attack for over twelve hours when the team were trying to get the website back online.

After several days & nights of hard work WooThemes is now back online for most people having moved their hosting to a dedicated server located at the fantastic WordPress hosting specialists WPEngine.com. Some of the WooThemes website features are still limited due to damage caused by the hacking but for the most part WooThemes is back in operation and we for one wish them all the best for the future.

Read WooThemes HQ’s comeback post on their blog post “We’re Alive and Kicking” or see updates relating to the hacking from their temporary news blog.

Whats your opinion on the WooThemes hacking incident and how it played out, let us know in the comments.

Father, Husband and mechanical engineer. Jon has the easy job he builds and tests systems that Kelley, Hmd and their teams execute!Kelley Jones

Project manager/customer service leader. If you have a problem Kelley makes it her lifes mission to solve it for you!Hmd 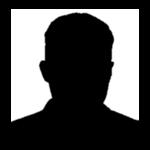 Hmd is the man that makes sure everything runs smoothly. A true jack of all trades he makes sure each site is built to our high standards!

Ouch! There was a server error.
Retry »