WordPress have recently announced the release of an update to their WordPress app for the BlackBerry PlayBook, the latest release takes the WordPress app to v2.1 which according to WordPress adds some totally radical stuff!. You can read below exactly what some of those new features are and download the app at the bottom of this article. Unfortunately I do not own a BlackBerry PlayBook so can give no feedback on how this app performs although I do like the look of it’s screen layout from pictures and videos I have researched. 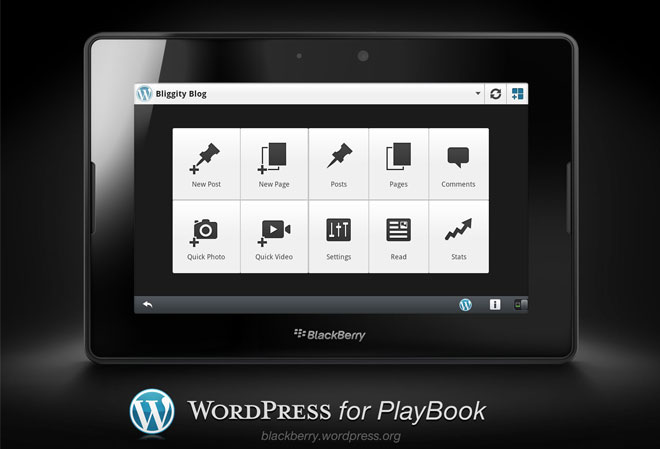 If you are using this app please leave some comments letting us know your experience with it good or bad.

Father, Husband and mechanical engineer. Jon has the easy job he builds and tests systems that Kelley, Hmd and their teams execute! Ahmed Ali

Ahmed is the man that makes sure everything runs smoothly. A true jack of all trades he makes sure each site is built to our high standards!